Understanding how closed quantum systems dynamically approach thermal equilibrium presents a major unresolved problem in statistical physics. Generically, it is expected that non-integrable quantum systems thermalize as they comply with the Eigenstate Thermalization Hypothesis (ETH). A notable exception to this is the phenomenon of many-body localization, where the emergence of local conserved quantities prevents thermalization, which has been observed in finite low-dimensional systems. We study an ensemble of Heisenberg spins with a tunable distribution of random coupling strengths realized by a Rydberg quantum simulator. The total magnetization as a function of external field after a quench serves as a probe for thermalization. We find that such an isolated quantum system exhibits a non-thermalizing regime despite being non-integrable. It is shown that thermalization can be restored by reducing the disorder in the coupling strengths. As our system consists of up to 4000 spins, we thus show that closed quantum systems can fail to reach thermal equilibrium even at system sizes approaching the thermodynamic limit. 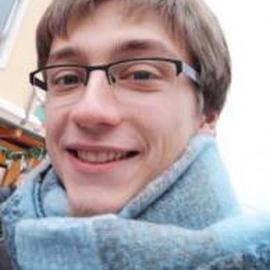